Don’t miss Sabor Asi if you like to listen to a Latin Band in Bangkok. A dynamic ensemble of Filipino & Thai musicians passionate about traditional and contemporary Latin music. The members come from different musical backgrounds, as a result, SABOR ASI plays a wide variety of musical genre. From Jazz to Pop, and has a unique sound and musical style that would make your feet move the groove.

SABOR ASI is the brainchild of Billy Alcordo. Who spent almost 8 years of his music career playing Traditional Latin Music with a Cuban Band from Havana, Cuba.

A Latin band is not very easy to come by in Bangkok. Listening to Latin beats played live can be a challenge . So he decided to talk to his closest musician friends from the Philippines and Thailand. Talked bout the idea of putting up a band that is all Asian musicians but playing Latin Music. He always had the desire to share his knowledge in Traditional and Contemporary Latin Music to other musicians. Musicians that has the same passion for Latin Music. And who wants to learn how to play in a Latin band,

Then SABOR ASI was born.

Firstly, “Sabor Asi” Latin band is not just your typical music band. In addition, it is also composed of accomplished businessmen and entrepreneurs. Sabor Asi is clearly unique in its nature.

The main objective is to give the audience a taste of a new and different musical flavor. In other words, fresh renditions to old and new popular songs.

Aside from music, there are also other things that Sabor Asi is very passionate about. One of those is doing charity performances for the benefit of those who are less fortunate. Orphanages and schools for the under priviledged that does not have enough supplies are just some, to mention a few. Sabor Asi is always keeping open doors for charity and benefit performances.

Your email address will not be published. required fields are marked *

Success! Thanks for your comment. We appreciate your response.
You might have left one of the fields blank, or be posting too quickly 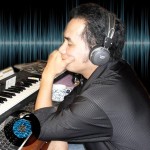