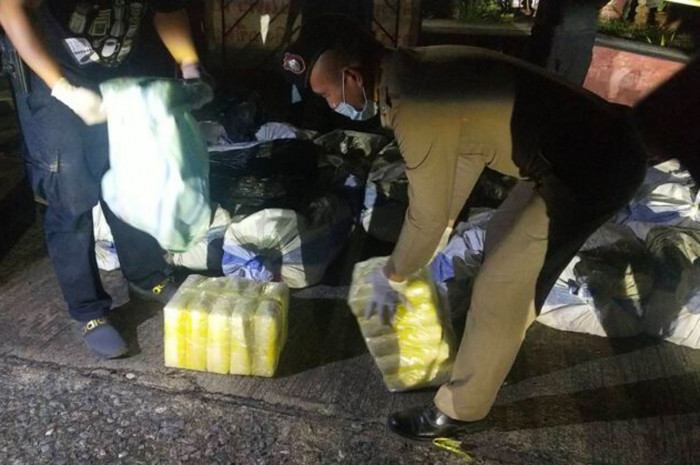 Three men from one vehicle in suspected drug convoy held, others sought

Drug suppression police had been keeping a close watch on routes along the Mekong River in Chiang Saen and Chiang Khong districts of the northern province after receiving information that an attempt to smuggle large quantities of drugs into Thailand via Laos was imminent.

They subsequently spotted a suspected a Toyota Vigo with Phayao licence plates travelling through Chiang Khong district towards Thoeng district with three vehicles following it.

The police signalled the vehicles to stop but the drivers sped off. The officers gave chase and alerted soldiers from the Pha Muang Task Force to help stop the vehicles. The Vigo was later stopped at a checkpoint on the Khun Tan-Doi Phayapipak route in Khun Tan district.

Police and soldiers searched the vehicle and found three men inside but no drugs.

The three men — identified only as Tong, 25, of Phu Sang in Phayao; Phonthat, 23, of Wiang Kaen in Chiang Rai, and Chatchai, 21, of Thoeng district in Chiang Rai — are being held in police custody, Thai media reported.

The officers took the three arrested men for interrogation. The investigation is being extended to arrest the remaining suspects.

SOURCE: Bangkokpost.com : Thailand   (go to source)
AUTHOR:
Online Reporters
All copyrights for this article, including images, are reserved to the original source and/or creator(s).