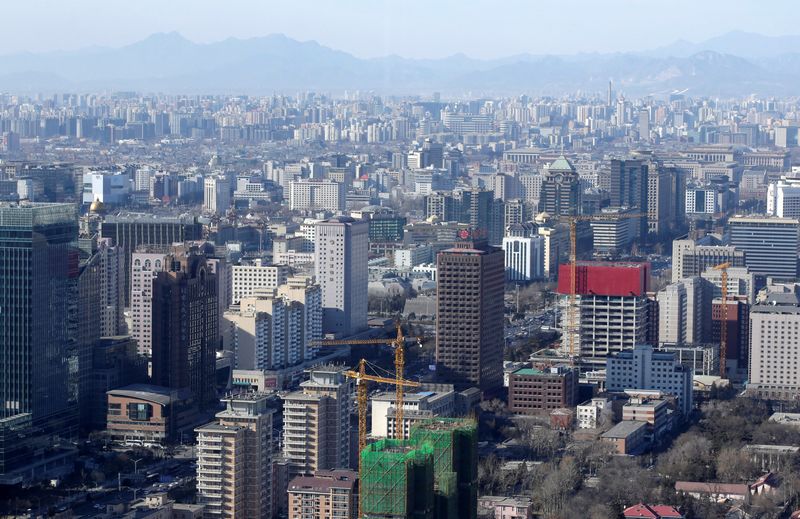 Average new home prices in China’s 70 major cities declined 0.2% in December from a month earlier, slower than a 0.3% drop in November, according to Reuters calculations from data released by the National Bureau of Statistics (NBS).

China’s property market has slowed since June 2021 as regulators stepped up their deleveraging campaign against the bloated sector, triggering defaults at some heavily indebted companies.

But the decline moderated as authorities and property developers in multiple cities introduced measures in December to boost home sales, with local governments providing subsidies for buyers and real estate firms offering discounts.

Monthly prices picked up in 15 of 70 cities, up from nine cities that reported price gains in November.

“The property market is gradually bottoming out with the period of tightest credit over,” said Zhang Dawei, chief analyst at property agency Centaline. First- and second-tier cities will be the first to emerge from the downturn, he said.

In a recent note, Oxford Economics analysts said they expect central and local authorities to take steps to contain risks from defaults by property developers, such as increasing credit to the sector and tweaking the strict “three red lines” policy introduced to curb borrowing by developers.

Yan Yuejin, research director of Shanghai-based E-house China Research and Development Institute said he expects property policies to continue to ease in the first quarter given the large economic impact of the real estate market.

“The December data is a positive sign, pointing to home prices not falling further.”

SOURCE: Investing.com – Economic Indicators News   (go to source)
AUTHOR: Reuters
All copyrights for this article, including images, are reserved to the original source and/or creator(s).