Mike Tyson ‘punches man in the face’ on plane | US News 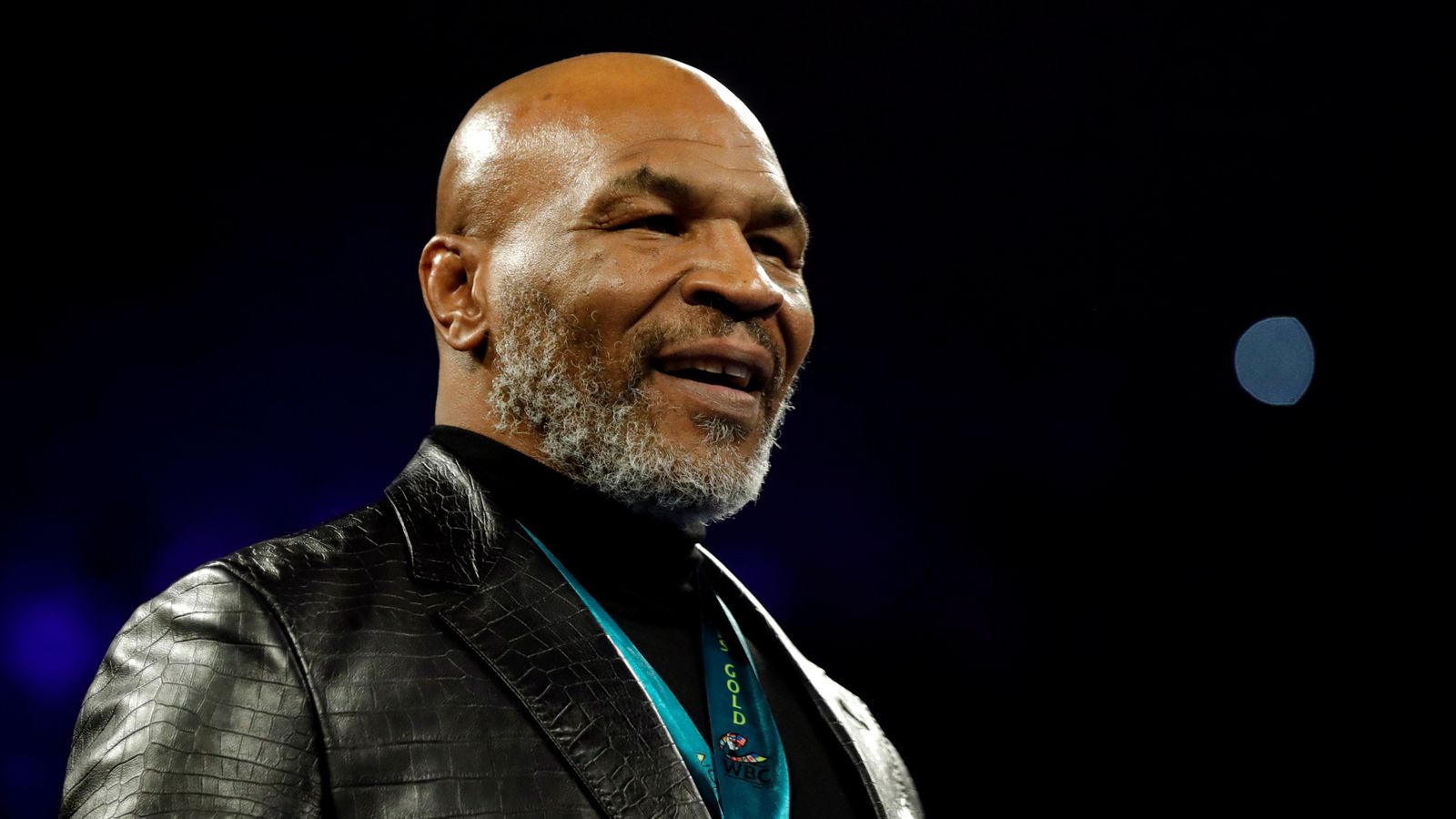 Former world heavyweight champion Mike Tyson allegedly punched a man repeatedly in the face on a plane in San Francisco.

Mobile phone video obtained by US website TMZ appears to show the former boxer, 55, hitting the man in a seat behind his.

A source close to the former sports star, who competed between 1985 and 2005, said the man was “extremely intoxicated” and “wouldn’t stop provoking” Tyson, TMZ added.

It happened after Tyson had boarded a flight heading to Florida. He apparently left the aircraft shortly after the confrontation.

The other passenger had cuts to his forehead, photographs showed, and apparently went to the police after receiving medical attention.

A witness said he and his friend were boarding at the same time and Tyson was happy to take a selfie with them.

But it appears he quickly lost his cool when the man in the seat behind tried to talk to him.

Tyson, nicknamed Iron Mike, won his first 19 professional fights by knockout, 12 of them in the first round.

He claimed his first belt when he was 20-years-old.

Heartbreak for Pinot after Tour of Alps defeat

Charles Leclerc: Ferrari driver says he and Max Verstappen ‘hated each other’ in karting days

Kourtney Kardashian and Travis Barker ‘have tied the knot’ in California…