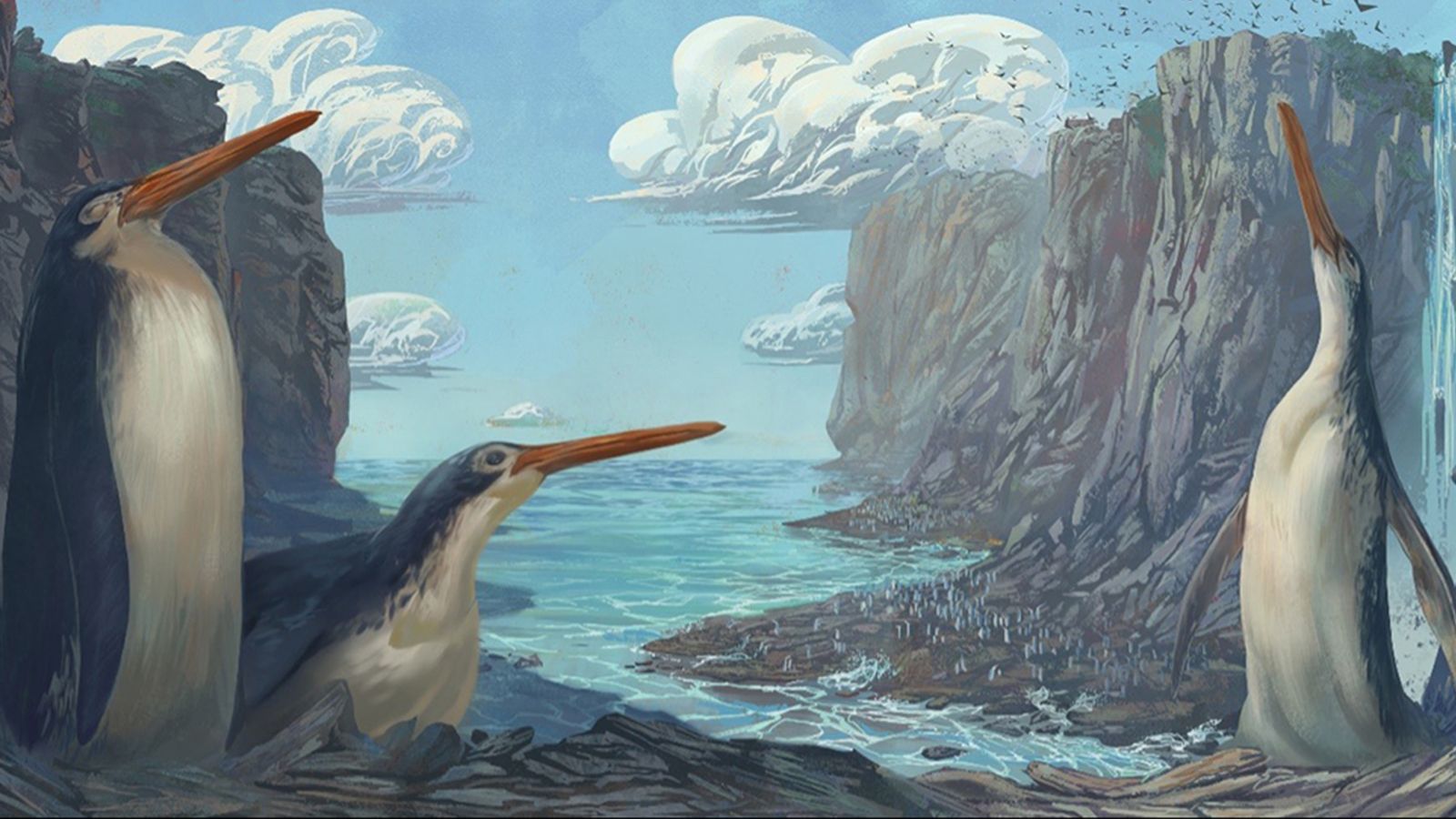 A giant fossilised penguin discovered by schoolchildren in New Zealand in 2006 has been identified as a new species of the animal using a 3D printer.

Little did the group of schoolchildren from the Hamilton Junior Naturalist Club know, but on a field trip to the Kawhia Harbour, in New Zealand 15 years ago, they would discover some rare bones.

Immediately scientists from across the globe were corralled to identify the discovery.

Researchers from both Massey University and Bruce Museum in the US congregated at the Waikato Museum in Hamilton to analyse the fossil.

Using 3D scanning technology, palaeontologists compared the fossil with digital versions of bones from around the world. They realised they had unearthed the bones of a prehistoric giant fossilised penguin.

Dr Daniel Thomas, a senior lecturer in zoology from Massey’s School of Natural and Computational Sciences, said the fossil was between 27.3 and 34.6 million years old and from a time when much of Waikato was under water.

He said: “The penguin is similar to the Kairuku giant penguins first described from Otago, but has much longer legs, which the researchers used to name the penguin ‘waewaeroa’ – te reo Maori for ‘long legs’.

“These longer legs would have made the penguin much taller than other Kairuku species while it was walking on land; perhaps around 1.4m tall, and may have influenced how fast it could swim or how deep it could dive.”

Dr Thomas continued: “The fossil penguin reminds us that we share Zealandia (ancient New Zealand) with incredible animal lineages that reach deep into time, and this sharing gives us an important guardianship role.”

To the delight of the Hamilton Junior Naturalists, the scientists also produced a 3D-printed replica of the fossil for them.

Fossil penguins from Zealandia are mostly known from Otago and Canterbury although discoveries have been made recently in Taranaki and Waikato.

Penguins have a fossil record which nearly dates back to when dinosaurs roamed the earth, with New Zealand holding the oldest bones.

The expedition was led by the club’s fossil expert, Chris Templer.

The research was led by PHD student Simone Giovanardi, with the help of Dr Daniel Ksepka, Bruce Museum and Dr Daniel Thomas, and is published in the Journal of Vertebrate Palaeontology.